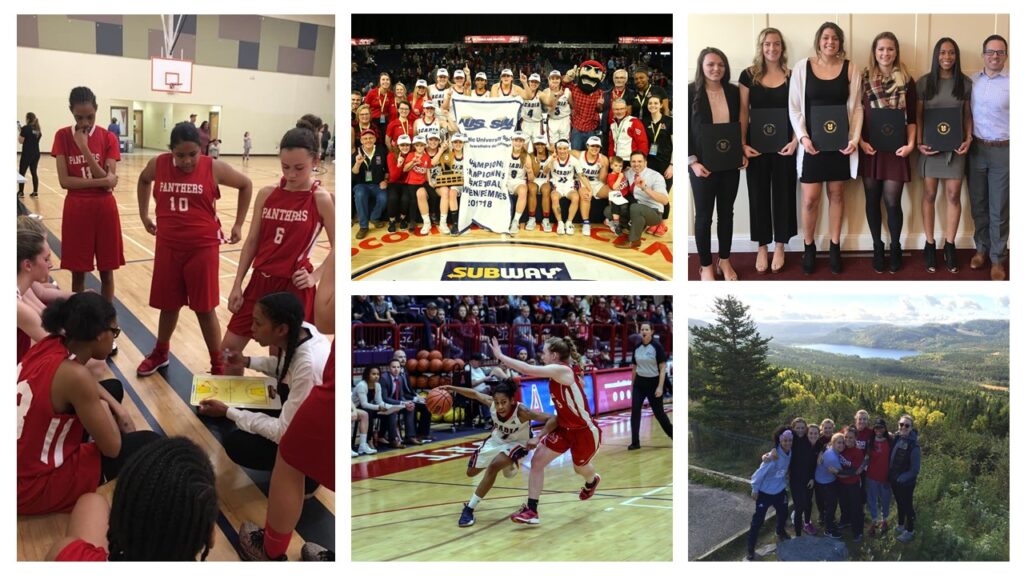 As I kid, I loved the outdoors, I found myself happiest when I was building forts, foraging in the woods with friends, or gardening in the yard with my mother and grandmother. In elementary school, I was fortunate enough to have been taught by environmentally conscious teachers who shed light on the impact that humans were having on our world. After a doing few projects involving recycled materials and topics that included climate change, my connection to the earth and environment expanded greatly. I quickly became captivated by the threat of climate change which turned my attention to energy savings in all regards. Though still a young 9-year-old, I began influencing my family to expand our recycling habits and decrease our energy usage. I was that kid running around unplugging all unused appliances, turning off all light switches and watching my flush count in belief that it would help slow down climate change.

As I made my way through junior high and high school, school content became less focused on the environment and I began picking up on the lack of interest in making environmentally conscious decisions. Being an impressionable and intuitive kid, for better or for worse, I quickly learned how to acclimate to my surroundings. As many minorities can surely relate to, when you do not see yourself in your peers or teachers, you become reluctant to own your identity in its entirety. As I got older, I started to become known for my abilities on the basketball court and eventually, my sport and identity became wrapped up into one. Basketball took up most of my days, leaving little time for me to consider other interests or make something of my passion for the environment. I say all of this to explain that my route to the Sustainable and Renewable Energy Engineering (SREE) program was far from direct. Like many other student-athletes, I let my sport guide my path. I decided to commit to Acadia University to play for the varsity basketball team. Knowing of Acadia’s academic reputation, I was confident that any program that I selected would be a good choice. When it came time to choose my major, my love for the environment was far from the forefront of my mind. I knew that I preferred Sciences over Arts, and I was told that Biology was the more common choice when pursuing a BSc, so, with little self-reflection, I selected it.

My first year at Acadia was a valuable and eye-opening experience, the change of pace from high school to university academics and athletics came as a shock. I received my lowest grades to date, struggled to perform on the basketball court, and our team was unsuccessful in making playoffs. This shock, however, seemed to be the wake-up call that I had needed. It helped me recognize how important both school and basketball were to me, leading me to make them my top priorities. By year two I decided that I wanted to major in Chemistry, and ended up pursuing a double major in Chemistry and Biology. I began forming new habits- I dug deep to reach a new gear within myself and I slowly began to see the hard work pay off. By the end of my second year, I had become an Academic All-Canadian and received the team’s Most Improved Player award.

These recognitions helped me realize that I was making the right decisions, serving as a reminder to continue to strive to be better than I was the day before. I remained an Academic All-Canadian for the four years that followed and received the Most Improved Player award for the next three. I am extremely grateful for these acknowledgements and look back on them with pride. The most memorable and cherished moment of my time at Acadia was finishing off my last year with an AUS championship.

My drive to continue to reach new levels would not have been possible without my team and coaching staff mirroring the same mentality day in and day out. We went from missing playoffs in year one and two, to losing by one in the semi-finals, losing a close game in the finals, to being ranked #1 in the nation and bringing home the AUS banner. Each day we worked harder than the day before, and each year our team grew a little tighter and more bought into our shared vision and championship culture.

My time spent at Acadia has played an integral part in leading me to where I am today. If it were not for my experiences as a student-athlete, I would not possess the tools granting my current success. I also would likely not have realized that engineering was the program for me and that I could pair my passion for climate change mitigation with such. It was during my final summer job at Acadia that I learned that my preferred working and learning style mirrored that of an engineer. I soon realized that there were an array of engineering programs and began researching ones until learning of environmental engineering.

After graduating, I spent the next year compiling all of the ‘green’ engineering programs that I could find. I remembered my passion for energy savings and efficiency and I realized that designing innovative solutions to mitigate climate change excited me most. With that in mind, after reading the description for the Sustainable and Renewable Energy Engineering program at Carleton, the decision felt seamless. I am now close to two years into the SREE program and could not be more certain that I am exactly where I am meant to be. After graduating from Acadia, I often told myself that ‘I missed my calling’ or chose the wrong discipline- blaming the 17-year-old me for losing sight of what I truly wanted. It only took a few conversations with others for me to realize that all of my prior experiences were stepping stones that I needed to get where I am today. These beliefs were solidified by being named to the Dean’s List for the first time and now even more so by being a recipient of the AEE Canada East Scholarship. These current achievements serve as another set of reminders, this time teaching me that what may be perceived as a wrong turn in one’s life could actually be the direction they were meant to follow.

Though I am not entirely certain about where I want the SREE program to take me, I am confident that it will lead me to a position aligned with my passion and values. The thought of working for any company committed to climate change solutions is extremely exciting to me, leaving me open to the many possibilities. Furthermore, knowing that our current energy systems are the biggest contributors to greenhouse gas emissions motivates me to want to take part in their reconfiguration. Aside from working with people who are equally as passionate about renewable energy, I also hope to work for a company whose climate solutions are developed with a community-driven approach. A sense of community connection, whether it be through family, playing or coaching has been instilled in me since young.

Throughout the years, I have learned how important it is to give back to the communities that have helped you grow and that are most in need. I believe that involving communities directly while working towards solving the climate crisis is necessary to reach a sustainable future. The effects of climate change are felt most by the communities that contribute to it the least, those of which are already marginalized and underrepresented. As we build towards a new green future, we must do so in a manner that is inclusive to all by working with and learning from the vulnerable communities whose perspectives have often been overlooked.

I was lucky enough to be raised by parents, grandparents, aunts and uncles that have been leaders and change-makers in whatever space they occupy. Much of the credit of where I am today belongs to them as they instilled in me a sense of grit, perseverance, and fight for what is right. Beyond my family, friends, coaches and teammates, I also give credit to my ancestors who came before me and whose sweat and blood is in the soil on which we stand. I believe my Afro-Indigenous heritage has played a big role in the shaping of my attitude towards the world. Knowing that my ancestors were the first to inhabit and cultivate this land that we are now so desperately trying to protect provides me with extra fuel in pursuit of its preservation.

Receiving the AEE Canada East Scholarship and learning of the organization has further enhanced my sense of belonging as I pursue a career in the clean energy sector. Being a part of a team that shares and works towards a common goal is a special experience that I will always cherish and seek more of. When that team is supported by a broader community, the pursuit of the goal becomes all the more motivating and rewarding. The parallels drawn between the role that community plays in success and what AEE Canada East is offering to students and clean energy professionals has been an inspiring reminder to stay true to what I believe in. Thank you AEECE for assisting me financially and for the extra inspiration and support as I pursue my journey as a renewable energy engineer.

Please follow this link to learn about RETScreen and other tools and resources for the energy management professional.

AEE is an international organization dedicated to promoting the principles and practice of energy conservation and energy-efficient system design.

AEECE is a chartered chapter of the AEE focused on connecting energy management professionals throughout Eastern Canada with a focus on continuous learning, thought leadership, and best practice sharing.